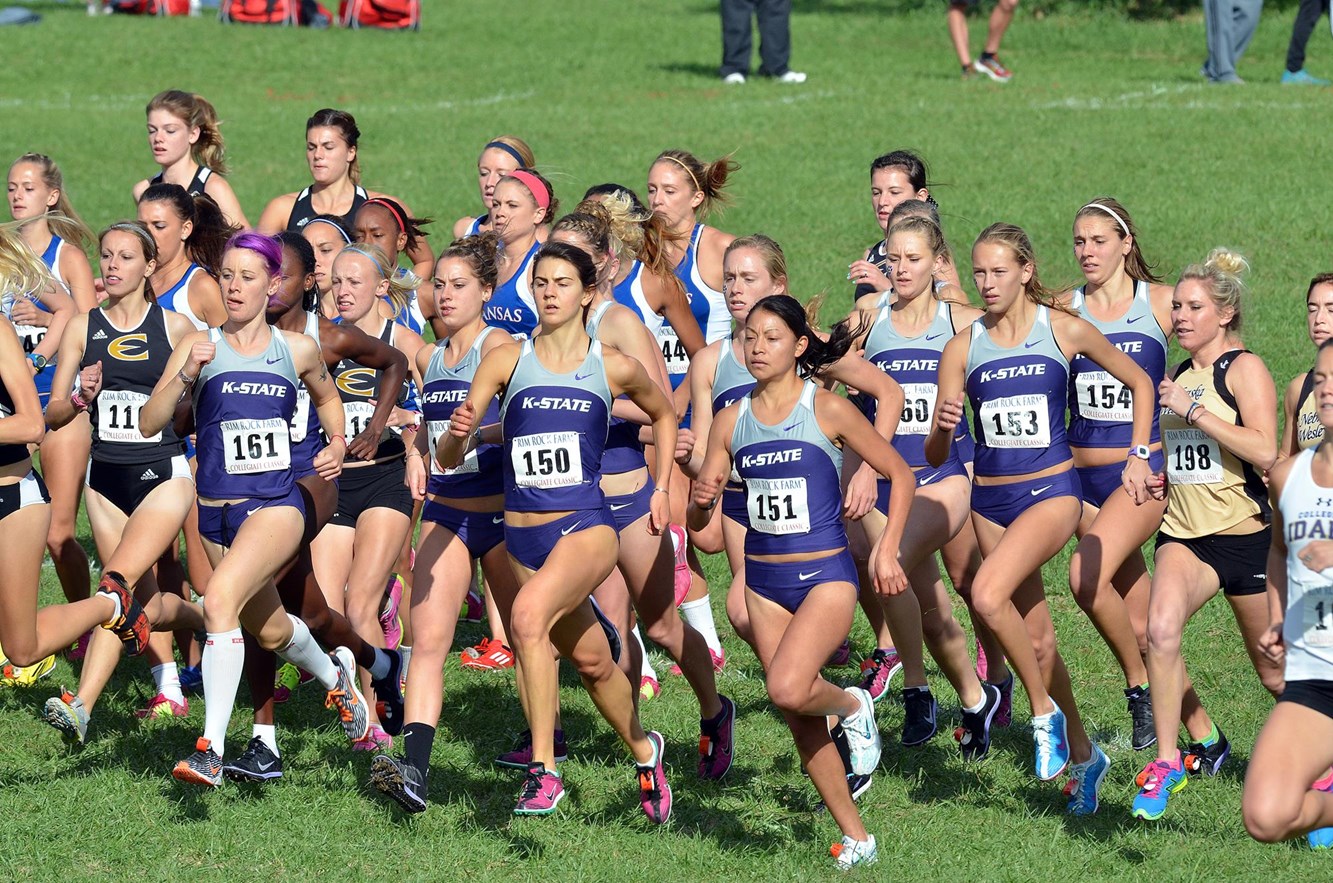 With almost 5,000 posts on Trackster, the Kansas State distance crew is our most active team on the app! So of course we had to hit up Head Coach Ryun Godfrey to get the scoop on what is happening in Manhattan (Kansas)! Starting his 6th season at the helm of the K-State Cross Country program, and his 21st overall as a head coach, Coach Godfrey boasts an impressive resume that includes countless conference titles, a Division II National Championship, several Olympic Trials Qualifiers, and numerous coaching awards and accolades. We talked about everything from being exposed to athletics as a kid growing up in Bahrain to the benefits of keeping a training log! Download the app to log your training and check out the K-State's team profile to see their summer grind!

1.) You spent time as a kid in Bahrain, as your dad was the national track team coach. What was that experience like, both in terms of everyday life and sport? How much did your father influence you in terms of getting into coaching?

Bahrain was a great experience. Some of the best people I know to this day, I met in Bahrain. I attended a school with 44 different nationalities, it was a melting pot and I am forever grateful to have had that experience. The Bahrain Athletics Association was in its infancy when we were in Bahrain. My dad and a few other coaches were very influential in building the program, and I had the chance to be with him at training quite a bit. The Bahraini athletes were very kind to me, I felt like a little brother.

My dad has always really enjoyed coaching and in my opinion, he has always made really great connections with his athletes. I looked at his profession as something positive and a way to make a difference in others’ lives. So, yes, he was a big influence.

2.) You had the opportunity to coach the women’s program at your alma mater, North Dakota State, for 15 very successful years. From winning a D II National Title Indoors to coaching athletes to the Olympic Trials and bringing the program into Division I, what stands out to you the most from your time in Fargo?

There are so many things that come to mind, but I would say . . . the people! Some of my closest friends I have live in Fargo. Also, the coach before me, Jerry Gores, left the program in great shape so we just needed to keep the ball rolling, so to speak. And I had Don Larson, the men’s coach, right next to me all the time - I learned a lot from both Don and Jerry. Our administration was very supportive and they took a chance on me. I was young and very inexperienced when I took over. I owe a lot to Gene Taylor and Lynn Dorn (Athletic Directors). Actually, I owe a lot to a lot of people in Fargo.

3.) Coming from NDSU, where you dominated on the conference level, to K State where you are up against programs in the Big 12 like Texas Tech, Texas, OK State, etc, what was the biggest learning curve for you as coach?

There is simply more talent in the Big 12 compared to the Summit League. The difference between making the finals in the Big 12 and making the finals in the Summit League can be significant. However, coaching is still coaching. My mission is to make a connection with my athletes and provide the direction they need. At both levels, the athletes still have to put the work in and they still have to learn to manage their lives well.

4.) What are you emphasizing to your athletes during the summer? What have you found that works or doesn’t work for summer training over your years in coaching?

Some of our athletes are working, some are taking classes, and others are doing some traveling and therefore their environments differ. But I think the biggest thing is to be consistent and stay healthy. I also hope that they are starting to "dream" about the upcoming xc season. It’s important to have a vision of the future and to contemplate the possibilities of great success!

5.) Looking ahead to this upcoming cross country season, you have a bunch of young talent on both the men’s and women’s side that had the chance to step up and gain experience last year. What are you looking for your teams to do this season, and what can we expect this year for K State?

As you said, both teams are young and that is exciting, but at the same time it’s important for me to be patient with their development. Improvement takes time. We have a little more depth on the men’s side right now, so, I think they could finish in the top 5 once again (Big 12’s). On the women’s side, we will have to rely on some incoming freshmen to make a solid transition. They can do it, but it is more difficult to predict the team success at this point.

6.) Finally, how did you hear about Trackster? Your team has been the most active on Trackster by far, how has the app helped both you and your team?

We used Etraxc before Trackster. Etraxc was great, but the person who was running the site was giving it up. Then, someone from Trackster sent me an e-mail, so it was good timing. I’m really big on athletes keeping a journal. I believe it helps them be accountable to one another. Also, I think there will come a day that they will look back, read journal posts , and simply enjoy the trip down memory lane.

As a coach, I gain valuable insight into how they are feeling because athletes will not always vocalize their feelings, but they seem to be more inclined to write about them. Finally, a lot of my team is funny on Trackster! I enjoy reading their comments and seeing pictures or videos. It’s entertaining!