Building a Track Club in Our Nation's Capital 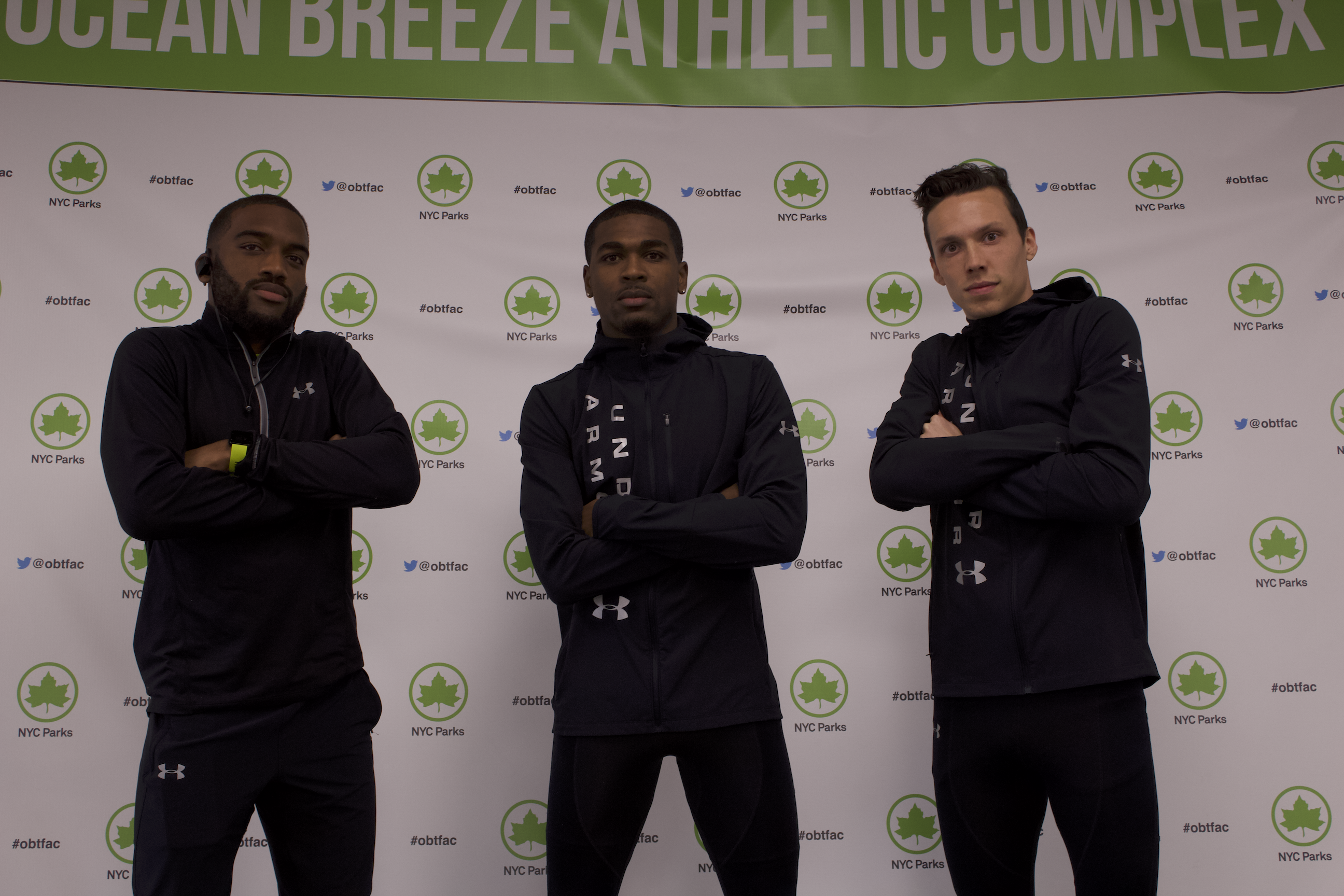 1.) For people who don’t know too much about you or the group, can you tell us little bit about DTC and how you came to be in charge?

Matt Centrowitz, Drew Mearns, and I decided that we were going to start the group in 2015 and we officially started in 2016. The goal was to create a middle distance track club that focused heavily on developing leaders through the sport and to create a non-profit business model around that concept. Currently we have 9 athletes on our roster and all of our athletes are involved in the community on a a daily basis, whether it be through coaching or working in a non profit setting. Our club also puts on a good amount of community events, including the DMV Meet of Champions in coordination with Under Armour.

When we started in 2016 the group was mainly made up of local athletes but Sam Penzenstadler, who was a standout miler at Loyola (Ill), relocated to DC to train. I feel the need to mention Sam (who competed for 3 years with our group) because he and Edose Ibadin (still on roster) did a lot for the group on and off the track to help us get to where we are today in terms of building the program and helping us recruit other athletes.

In terms of being "in charge", I still say that I am just the middle man between Coach Centrowitz and Drew. Coach Centrowitz is a much more experienced and decorated coach than me and Drew has a wildly impressive resume in the sports business world. I run ideas through both and just handle the day to day operations. I am still learning and lucky to have two great mentors that allow me to work hands on with our team.

2.) While there has been a history of long distance training groups in the U.S., it seems that mid distance athletes are usually left to fend for themselves. How do you think groups like yours are changing the scene for up and coming mid distance athletes, and the U.S. Mid D scene as a whole?

It's always worth referencing and thanking Gags who now coaches NJNYTC when asked this question. Post college track is not the easiest endeavor in the world and he has paved the way for clubs, athletes, and coaches over the past few decades. I think the goal for all of our groups are the same. We try to offer opportunities for athletes that still have something to prove and learn in the sport. Keeping good people in the sport is the key to our sports evolution in my opinion. What I always say is that I’m not smart or talented enough to figure out how to solve our sports biggest issues but my goal is to recruit people that are smart or talented enough to do just that. If our groups can develop leaders and keep athletes (usually people that are typically smart, successful, and highly motivated) involved with the sport and away from desk jobs that’s a win.

3.) As a mid-distance coach, you probably know better than anyone how diverse the training backgrounds of a lot of 800-Mile athletes can be. How do you find ways to balance training athletes with more of a cross country/1500/800 background from college in the group with people that might have been more 400/600/800 types?

It’s definitely not easy and I’m still learning. The best example of this is Maddie Kopp and Claudia Saunders. Maddie has a sprint background and isn't a fan of longer workouts. Claudia was a high school state champion and National Qualifier in XC and, in her words, thrives off of longer workouts. They both have have run 2:00. It’s challenging at times to line them up on the track at the same time in a way that is purposeful for both but there is definitely cross over. The difficultly lies in trying to figure out workouts make sense to have them to do together. There was a point this year where Maddie did 2x300 fast w/ a decade’s worth of rest in between each interval and Claudia did a 3m tempo run the next day. I wouldn’t have either do each other’s workout so I usually put those at the same time so that the workouts they do well together(anything from 800m pace 1500 pace/effort) don’t conflict.

In general I try to focus on heavily on learning and asking for feedback. All of these athletes have had relative success and have experience in the sport so I try to give them many opportunities to take ownership in their training. I also try to listen, watch, and see how they react to different workouts. That helps me further plan moving forward. I try not to pretend that I have middle distance training figured out and I think that is very helpful when working with unique athletes.

4.) What are a couple aspect of training that you would tell young coaches to prioritize as a base for building a program/developing athletes?

If we are talking about high school kids I like to focus on two words: mindset and mechanics.

Mindset: When I first started coaching, I was obsessed with writing workouts and I was always in search for an edge of training. I thought getting fit was all that mattered.It is very important, but teaching athletes how to better approach the sport and building a great team environment is even more critical. The most well thought out workouts in the world aren’t going to do much if your athletes aren’t engaged or if they can’t deal with the pressure of competing. I’m still pretty obsessed with learning about different types of training but I think it’s a far second behind learning how great coaches, leaders, and programs operate and deal with people and groups.

Mechanics: Teaching better movement is tough to understand and I’m still learning. It’s hard to quantify and it’s hard to see how teaching an athlete how to lunge better will relate to running but when dealing with youth athletes and high school athletes I think this should be the priority before creating more challenging track workouts or tempo runs. Learn fundamental workouts and fundamental movements. If you can teach an athlete how to run, sprint, jump, squat, and lunge with good form they will be much better prepared to take on being a college athlete. Even if they don’t go on to compete in college, I’ll at least have the peace of mind that they won’t be the guy or girl in the gym squatting too much weight with horrendous form.

I love when younger athletes play other sports and I even encourage it, if an athlete can manage their schedule. I also started coaching at Yorktown HS (Arlington, Va) this fall and our two best runners are high level soccer players. Yeah I’m always worried about them spraining an ankle, but there is no drill I can create to teach an athlete how to be better a athlete than the competition of another sport like soccer. If you want to get technical or scientific, I'm a big believer in "late specialization", college is good time for an athlete to focus all 3 seasons on running.

5.) Finally, How did you hear about Trackster? How has the app changed or helped you as a coach and your team?

I heard about Trackster from my friend Chris Kwiatkowski who is a coach at the University of Washington. He told me about Andy Powell using the app and since everything Andy touches usually turns to gold so I figured I would try out the app.

The app has been great for District TC in terms of helping me gather feedback from our athletes after workouts. I'll reference each athlete's log when creating training for the upcoming week. Keeping a training is important for the athlete's themselves as it is one of the easiest ways to be deliberate about the work you are doing and it is one of most practical ways an athlete can build confidence by being able to look at back at all of the work one put in in over the previous months.

It has also been a great tool for the high schoolers I coach for those reasons, but the best thing it has done for Yorktown is teaching accountability. We only send out training emails for the upcoming week to athletes that have logged each practice session. It's just another simple and practical way to teach the concept that we value.