Listen To Your Body As Sensory Data 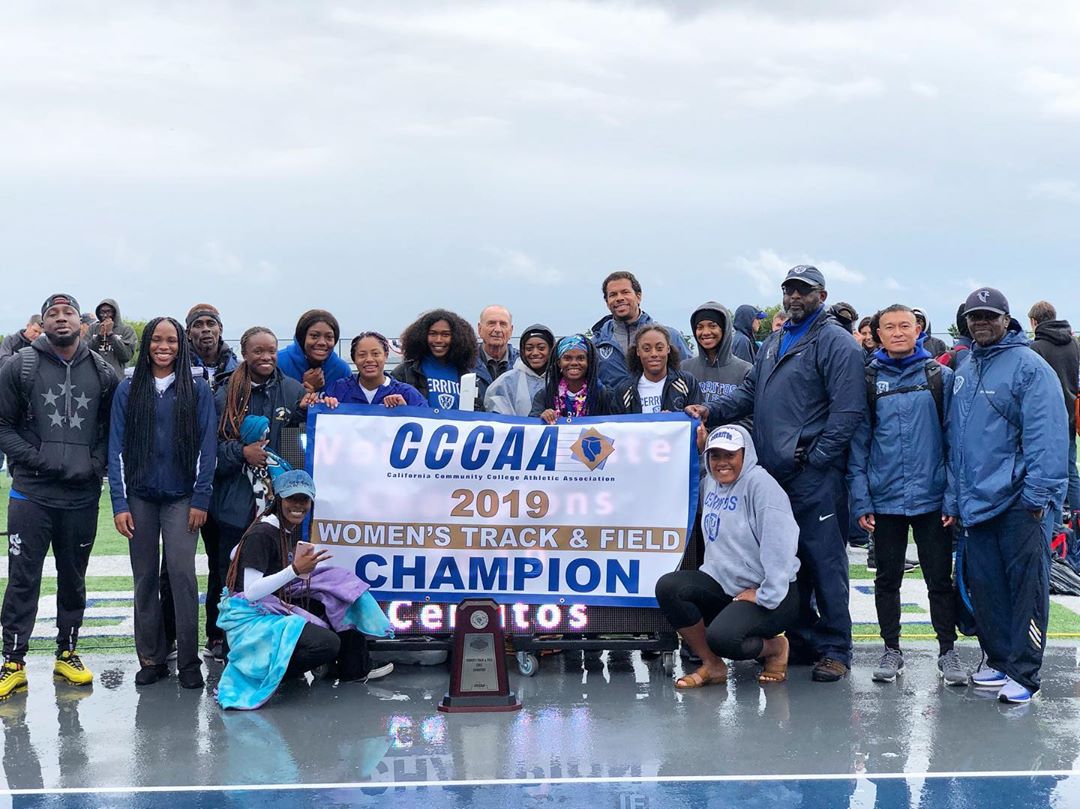 The hardest part about coaching during the COVID-19 Quarantine has been seeing the student-athletes track season end abruptly. It was the week of the Occidental Distance Carnival Spring Break Classic when the COVID-19 Stay-at-Home was enacted and I remember how all the meets were being canceled that weekend. It was like a domino effect. It was a big crush to them and we had two sophomore guys in the steeplechase and 5k that were ready to run well below the State A standards and run some fast times. It was a big weekend for the team to open in up in the 5k too. For them and the other sophomores in our team, this was suppose to be their season to chase those marks and make an impact in their choices when transferring to the 4-Year Universities. The hardest part was telling them the news that the season was ending due to COVID-19. I think that was the hardest part.

My undergrad was in Graphic Design from Cal Poly Pomona and I decided to do to a complete career change because of the state of the design industry in the mid 2000’s. I went back to Glendale College to volunteer as an assistant coach the first year and was added to the coaching staff in 2006. From September 2006 to July 2014, I was Assistant Coach for Cross Country and Track and Field at Glendale College. I went back to school at Azusa Pacific University and obtained my Master’s Degree in Physical Education from March 2009 to June 2010. On August 2014, I accepted the Head Cross County Coach position at Cerritos College and Assistant Track and Field Coach. To this day, I love both aspects of teaching and coaching at Cerritos College.

There are two coaches that have shaped my coaching philosophy and they are complete opposite in their coaching style. The first is Eddie Lopez from Glendale College who coached me from 1994 to 1996 at Glendale College as was my mentor when I was an Assistant Coach at Glendale College. He is a very Type A personality and I’ve learned from him about hard work, being competitive, and passion for the sport.

The second, is Jim Sackett who coached me at Cal Poly Pomona from 1996 to 1999. Coach Sackett coached at Cal Poly Pomona for 27 years from 1980 to 2006 and previously at Western Illinois for 11 years. He is a Type B personality like myself and there are so many aspects that impacted me. He has a very solid Midwest family value which was the core of his coaching philosophy. Our departure times for meets and away trips were to the exact minute — leaving Cal Poly Pomona at 6:57 am — as a way of instilling responsibilities. When we traveled for overnight trips, dress was suit and tie for men and dresses for ladies. During meals, we all sat down together and we could not leave until everyone finished eating their meal and no food was wasted. Most importantly, it was his service to the sport that peaked my interest. Sackett served on the NCAA Track & Field sports committee (a total of nine years) and there were many times that he would fly out for meetings. He was very involved in not just the coaching aspect but service to the sport. This is why I have taken on service for our Southern California Community College Cross Country Track and Field — Entry Manager for: Southern California Region Cross Country Direct Athletics, Southern California Region Track & Field Direct Athletics, Southern California Regional Championship Track & Field, California State Championship Track & Field (every other year).

For Community College, the ladies race the 5k distance and the men race the 4-miles distance. The workout that I like to simulate race effort is: 2 x 1.5-miles for the ladies and 2 x 2-miles for the men. We typically do not do this workout until our training cycle in October. It’s a Coach Sackett workout that I adjusted since we would run these as 2 x 20-minutes back in my Cal Poly Pomona days. The pacing is the hardest to grasp the first time they do this workout, but it’s more or less corrected the next time we do this workout. This is much more of a mental workout than anything and really tests the team on not just workout load but the psychological aspect.

You've had success as both an athlete and a coach, with your teams in the past winning CCCAA championships or making the podium. What are the keys for team success that you've discovered over the years?

As an athlete, the most important aspect is to trust the plan from your coach. I look back at 1996 where we placed 3rd at NCAA Division II Championships and at 1995 where we placed 1st at California Community College State Championship. In both of these teams, my teammates and I bought into our goals and plans. You might think your coach is crazy for giving you a specific workout but there is bigger lessons to be learned. One workout that comes to mind is Coach Sackett’s “Stanford Special” which consisted of 10x800 at a 3-minute cycle. This workout was done a day before the Stanford Invitational and at first we didn’t know why we did such an incredibly difficult workout the day before a big meet. It was really not just to train our body but to train our mind because this was such a huge psychological workout. It all went well for our team and myself. In 1996 we placed third behind Stanford and BYU, just in front of UCLA (FYI, Meb Keflezighi won this race as a junior). Individually, I was the number 2 runner for our team.

As a coach, the most important that I’ve learned are the core values of the coaching staff. We are a family! Our entire Cross Country/Track and Field coaching staff has ranged in numbers between 10 to 14 over the years. Our philosophy has always been about the student-athlete and we are only a stepping stone for their academic and athletic achievements. The success that Cerritos College has had with nine (1981, 2006, 2008, 2009, 2013, 2015, 2016, 2017, 2019) California Community College Women’s Track and Field Championships has been due to the Sprints/Jumps and Throws program. Those have been key in many years and then putting other event disciplines to support those. Coach Micheal Allen, the Women’s Track and Field Head Coach has lead the women’s team in 8 of those 9 titles. Of course, we wouldn’t have the program we have without the vision of Coach Christopher Richardson. He gives as the entitlement to coach our event discipline and cares so much for the student-athletes and the sport. His involvement with USATF is huge and if there’s anyone that wants to know about the multis, he’s that go to expert.

Most under appreciated training advice?

Listen to your body as sensory data. Don’t be afraid to adjust your workout based on the signals that your body is giving you!

Trackster has been tremendous help in our transition from the COVID-19 Stay-at-Home to our upcoming fall Cross Country season. I first wanted to implement Trackster in our program last year but due to it being iOS at the time, I decided to wait. When COVID-19 hit, I was looking at options of using Trackster or STRAVA. The features and availability for both iOS and Android made it a no brainer to go with Trackster. One week after we implemented Trackster, STRAVA went to subscription based and we dodged that bullet!

I have got to thank Emmett Scully (Trackster founder/CEO) for meeting virtually when we were going through and setting up our team with Trackster. I know he and the rest of the team at Trackster have been busy behind the scene updating a number of features with the app.

As far as our team, many were anxious to start working out for the summer. We traditionally start our summer cross country athletic class the first week of July but we just got word that all Fall Sports for California Community College will be shifted in the Spring Semester. Cross Country competition will be contested from February 5 to April 17 and Track and Field Meets will be contested from April 10 to June 23. On the meantime, the app has given the team some accountability and structure with their summer training while they are working out on their own. The sophomores are anxious to meet the incoming freshmen recruits and I’ve encouraged them to be more proactive and use the social aspects of the training posts (ie. likes and comments). The great thing about the app is that they have been able to track each other with the training post. Obviously we don’t have 100% posting right now because it not the norm for them. I think once we start meeting for our athletic class, the rest will start integrating the Trackster app in their training.