A wild DQ saga in the Men's 5K, the "grudge match" set in the Women's 3K Steeple, and displays of depth from Team USA! 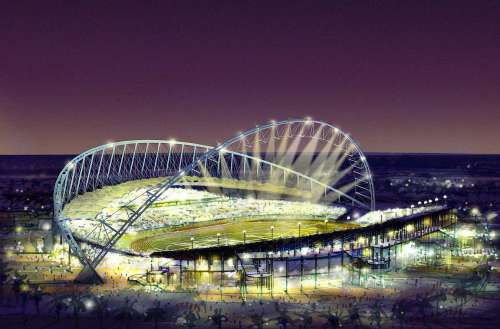 Capping off the longest track season in history, the IAAF World Championships kicked off today at Khalifa International Stadium in Doha, Qatar. After a long summer of both anticipation from fans and patience from athletes, we finally got a glimpse of what the sport's biggest stars have been cooking up for the grand finale of the most exciting and wild track season in recent memory! Here are Four Hot Takes on Day 1 of Doha 2019.

The 2017 Women’s 3000m Steeplechase final was maybe the biggest upset in modern distance running history. While Emma Coburn was the Bronze Medalist at Rio 2016, and Courtney Frerichs had been progressing solidly from year to year, few people would have predicted the Americans going 1-2 in a blistering time of 9:02. Kenyan and Kenyan-born athletes had been so dominant in the event that US runners taking the top two spots in such quick times was thought to be highly unlikely, if not impossible. But Coburn and Frerichs proved us all wrong in London two years ago, putting a significant chink in the once impenetrable armor of Kenyan distance running. After their stunning defeat to the two Americans, the Kenyans have been on a mission to regain their steeplechase dominance in Doha. World Record Holder and Diamond League Champ Beatrice Chepkoech stated that the Kenyan squad “are united and plan to bring back the gold medal” after her Kenyan trials victory this month.

Their journey back to the top of the podium started today, with Chepkoech and 2017 Bronze Medalist Hyvin Kiyeng securing their spots in the final for Monday. As for their main adversaries, Coburn and Frerichs qualified easily with second place finishes in their respective heats. While other podium contenders like Germany’s Gesa Krause and Kenyan-born Bahrainian Winfred Yavi also made it through, most likely Monday’s final will be a proverbial “grudge match” between USA and Kenya in maybe the sport’s best international rivalry.

2.) Wild 5K Prelims See Jakob DQd then Reinstated, Makes Us Wish the IAAF Would Give the Event More Respect

Much has been made in the media of Gjert Ingebrigtsen, father and coach of the eminent Ingebrigtsen running clan, publishing a book titled How to Raise a World Champion before any of his charges have attained the title. Initially after today’s 5000 meter prelim it looked like Gjert’s prophecy would have to wait to be fulfilled. The youngest Ingebrigtsen, 19 year old Jakob, was disqualified in the first heat for taking more than three steps off the track during a jostling match with Bahrain’s Birhanu Balew when Jakob tried to pass him on the inside. However, the Norwegian team filed a petition to nullify the DQ, arguing that Ingebrigtsen’s infraction was due to the contact and therefore was not in violation of the rules. Hours later, Jakob was reinstated and will compete in Monday’s final. With a double gold in the 1500/5K at last year’s European Champs and personal bests of 3:30 and 13:02 for both events, respectively, Jakob is the betting odds favorite to win gold in an event only one non-African born athletes have ever medaled in.

In addition to the Ingebrigtsen DQ saga, the prelims had a lot of entertaining moments. The US qualified two men for the final, with Paul Chelimo winning Heat 2 (with only one shoe!) and Hassan Mead making it out of the same heat as a time qualifier. Additionally, Jakob’s older brothers Henrik and Filip, 2017 NCAA Cross Country Champion Justyn Knight, fellow Candian and sub-13 man Mo Ahmed, and the Ethiopian duo of sub-12:50 legends Muktar Edris and Selemon Barega all qualified through to Monday night’s final.

Finally, one of the biggest surprises of the night was that the mostly empty stadium came to life for the 5Ks. Since Qatar, a country with only 300,000 citizens, has a massive migrant labor population from East Africa (many of whom were bused in to fill the stadium for the TV broadcast), there was understandably excitement from the Kenyan, Ethiopian, and Ugandan migrants. The crowd got loud and rowdy for the signature event of their region, and while the choice of Qatar was based in the corruption of the IAAF, the excitement for an event that has been marginalized in the sport was a nice benefit of the circumstances.

Although a dormant event in the sport for the last decade or so, the 400 Hurdles has made a huge comeback in prominence over the last few years. With both Norway’s Karston Warholm and the U.S.’s Rai Benjamin going sub 47 seconds in the Diamond League Final last month in Zurich, the number of sub 47 men competing at Doha 2019 tripled, as they joined Qatar’s Abderrahman Samba as the only men under the barrier besides current WR Holder Kevin Young.

In the prelims today, all three men asserted their dominance and easily qualified onto tomorrow's semi finals. While Warholm and Benjamin have been consistent on the circuit this season and just ran an incredible race a month ago, Samba had been a question mark all year. He had not raced since running 45 flat in the open 400 at Monaco in July, and had not run his signature event since the Shanghai Diamond League in May. However, Samba looked healthy and strong today, easily handling his prelim. Assuming all three men make it through tomorrow’s semi final, Monday’s final could be not only one of the most exciting race of the year, but also the day that Young’s 27 year reign as World Record Holder ends.

As "The Best Track Team in the World,” the US showed their depth on Day One. In the Women’s 800, with 4 runners entered due to Ajee Wilson’s Diamond League Championship, the US showed the potential for multiple podium contenders with easy qualification for 3 of the 4. Wilson, Raevyn Rogers, and Ce’Aira Brown all looked calm and strong while automatically qualifying from their heats. Wilson has been on a tear this year, and with the subtraction of Caster Semenya due to the IAAF’s XY Chromosome DSD ruling, is a clear favorite to be atop the podium.

Rogers has had a career year with a runner-up finish to her training partner Wilson at last month's Diamond League Final in Brussels. Brown looks to be rounding into the same form that catapulted her into one of the top 800 runners in the world in 2018 after being injured at this year's USAs and not making the final (she was selected as the 4th member of the squad due to having the World Standard). Look for these women to keep up their form in tomorrow’s semi final and get three Americans in Monday’s final, with a good shot at putting multiple U.S. women on the podium for the first time!