Part 1 looks at marathoner Marty Hehir’s start in Washingtonville, New York and his decision to choose Syracuse for his collegiate career. 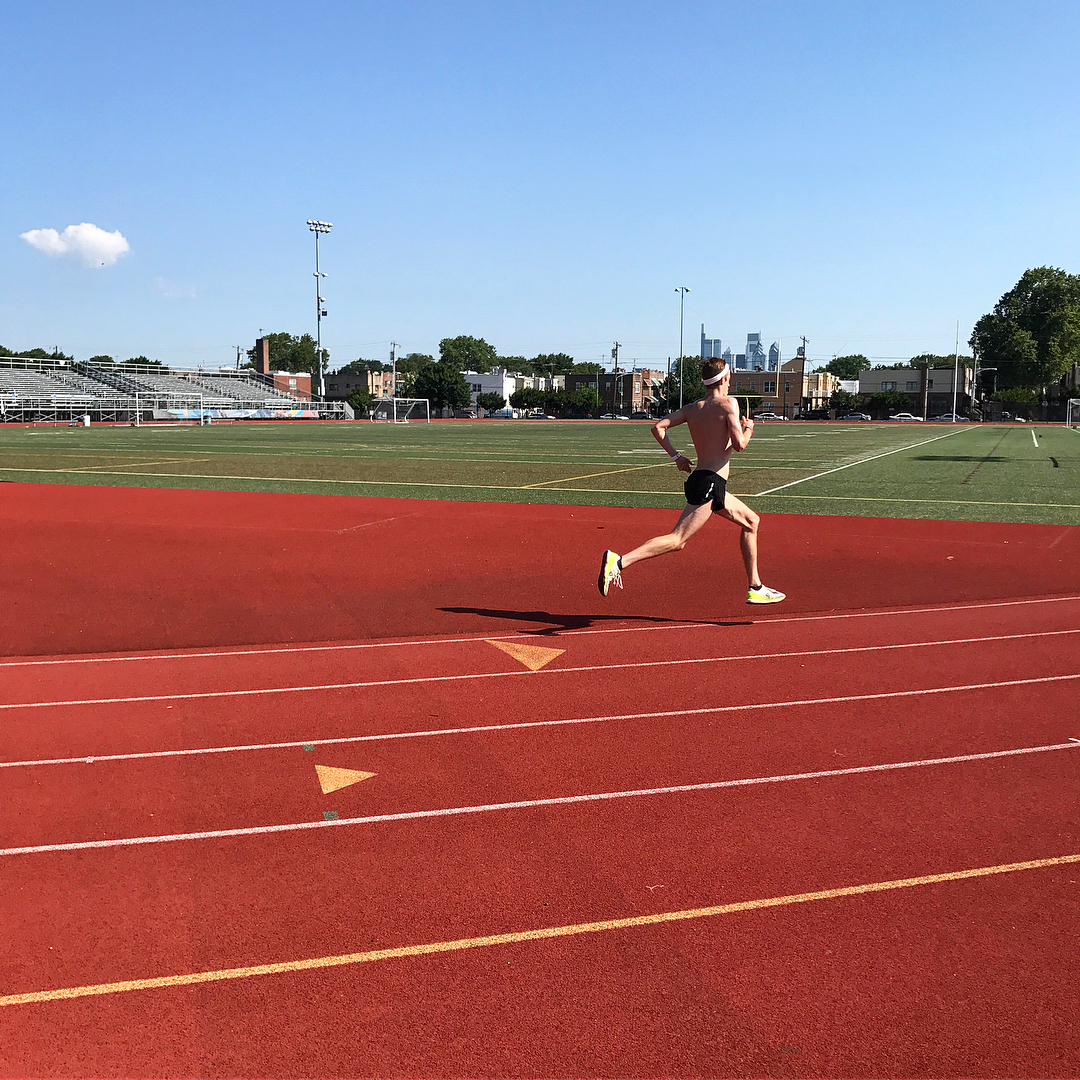 Roughly ten months from the United States Olympic Trials in the Marathon, Marty Hehir is sitting back and relaxing in Florida. On spring break from medical school, when I spoke to Marty he was currently nursing a knee injury as he looks to kick off two important training blocks: third year clinical rotations in medical school and preparations for the Olympic Trials.

“I’m just kind of playing the game right now,” Hehir said of his injury, “I’ve been getting into the gym — a lot of time in the gym.”

Hehir, currently a runner for Reebok Boston Track Club, says he got his start in running in fourth or fifth grade, after he asked his mom to let him run the annual 5k road race that took place in his hometown of Washingtonville, New York.

He remembers asking his mom how fast she thought he could run it. She — knowing as little about running as he did — suggested forty-five minutes.

“I remember being so ecstatic when I ran it,” Hehir said, demolishing his mom’s expectations and running just under thirty minutes.

Like many young runners, Marty also played soccer. In high school, he ultimately had to choose.

Talking to Marty, he speaks about the past with an air of certainty, finality. Self-awareness was a big theme of our conversation. Knowing himself as a runner, as a soccer player, as a student, as a young person was a crucial component of his running history. In ninth grade, self-awareness was as simple as knowing where his future in athletics lied.

Marty’s first year of high school was by far his slowest. He knew deep down that he was not running or playing soccer to his fullest potential. It was clear that if he wanted to be good, he could not do both.

“I did kind of have this sense of, man, I’m better at running than I am at soccer and I just kind of naturally enjoyed it enough,” he said. As simple as that, Marty Hehir became a runner.

Having a high school coach with a sprint-hurdle background, Marty’s training in high school was anything but professional.

“My coach, I give him credit for under training everyone so we can all go onto college and be really good and get a lot better,” he said. His staple workouts: 20x200 or 10x400 with equal rest, along with the occasional fartlek.

“We never did tempo’s, that wasn’t a thing. We were doing Indian Miles on our easy days,” Hehir said.

Marty remarked that he was proud of the progress the program at Washingtonville had made in the eight years since he graduated.

He said his high school experience was marked by his interactions with the upperclassmen on his team.

“They really wanted to be good and were really students of the sports. So, they did a good job of teaching us … what we should’ve been doing,” Hehir said.

This meant that rather than taking the weekends completely off, they added in a long run of 10 or 11 miles. In addition, they would do some longer cool downs to help bump up the mileage. In total, the example set by Hehir’s upperclassmen teammates help him push his mileage up to 40, maybe 50 miles per week.

Hehir credits the passion of his older teammates really helping to motivate him as a freshman and sophomore in high school. Even as alumni, they continued to come back to Washingtonville’s unofficial summer training sessions. Having set the standard for summer training in their area, runners from other high schools would even come to these 8 a.m. runs.

Hehir’s improvement through the first two years corresponds to this growth in commitment. As a freshman, he ran 10:04.11 in the 3200 meter race. By the end of his sophomore year, he had dropped to 9:39.40. It was junior year, though, that helped him realize he could have a future as a runner. This was the year he dropped from 4:27.66 to 4:13.67 in the 1600 and all the way down to 9:12.0 in the 3200. In addition, he had watched his status on Speed Ratings, a metric in New York that attempts to standardize cross country course times for comparing athletes.

“It was just super easy to get into all those numbers and you see yourself climbing the list,” Hehir said, “and I was never the best … that would always keep me motivated to keep trying.”

For Hehir, seeing his place in the rankings continue to rise and his times continue to drop pushed him forward, more so than any dreams of college or professional athletics.

“I’m not a huge long-term thinker or planner. I wasn’t really planning like what schools I was gonna go to. I had no idea, even senior year, what schools were good running schools. I guess I was a little shortsighted in that but I think it was good because I was just enjoying the place I was and the moment that I was in,” Hehir said.

As for college running, Hehir did begin to send out some emails to college programs the summer before his senior year and he got a couple calls in return.

The following fall, Hehir dove into running and college visits. He knew he wanted to be a doctor, so his short list of schools was impressive. In addition to Syracuse University, New York’s flagship public university, he was also considering some Ivy League colleges and other top programs.

For him, perhaps unsurprisingly, the methodology for choosing a college was not all that complicated.

“I was aware enough to know that I just needed to go to a good school and just major in biology and take pre-med courses,” he said. “So I kind of knew that it doesn’t matter so much so long as you do well, so that let me really soak in the athletic visits.”

Ultimately, he did not like many of the team cultures at many of the schools he visited, a factor that was very important to him.

What eventually drew Hehir to Syracuse was the promise of building something, of leaving the place better than he found it, a notion that Coach Fox instilled in him from the very beginning. He remembers Fox telling him that Syracuse was not the best team now, but in a couple years — and with Marty’s help — they could be.

“That honesty of saying, we’re not gonna win a national championship now but we plan it, but to me…I just really liked the honesty and that seemed like a good deal, to start something and see if we can make it to the top,” Marty said.

Check back in for Part II of Marty’s running life, the college years.