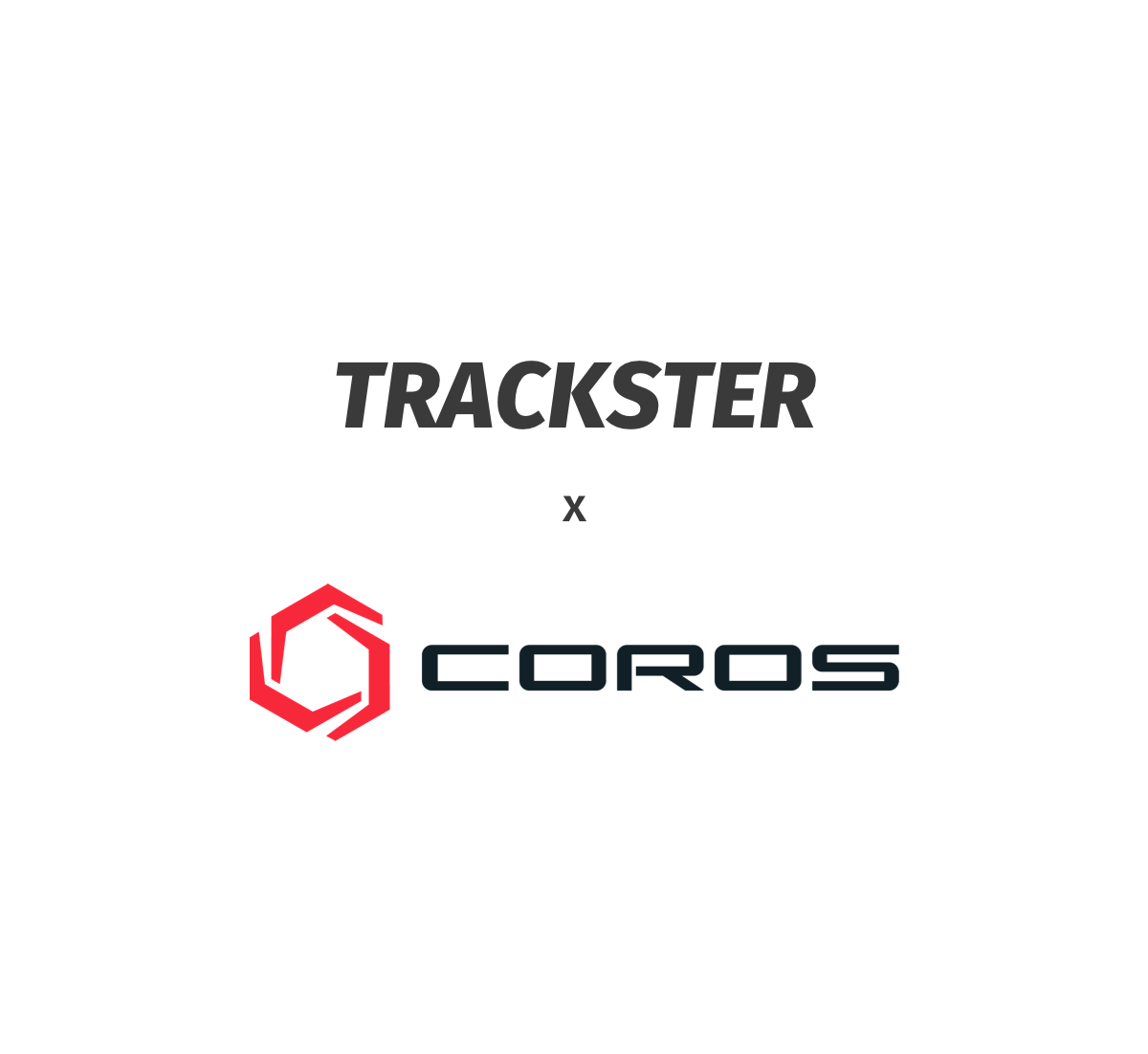 Whether you've seen them on Eliud Kipchoge's Instagram or your training partner's wrist, Coros watches have been popping up everywhere in the last few years. The Trackster team has kept an eye on Coros' growth in the running space and, after many requests from our users to integrate their product with our platform, we're extremely excited to announce that you can sync your Coros device with all versions of the Trackster app!

For those unfamiliar with the brand, Coros is a GPS and smartwatch device company that was started in 2016 with a Kickstarter campaign targeted to create a smart bike helmet product. Their funding campaign was so successful that they expanded the scope of their company, and by 2018 Coros had released their first GPS watch. Since then the company has made a big splash in the running world. Their watches are extremely light weight, modern in both interface and hardware, and have an awesome 60 hour battery life on their newest watches.

While most GPS companies recommend wearing their device 24/7 (including sleeping), this makes charging a hassle. Every runner with a GPS watch has had the experience of being ready for a big run or workout only to find their watch is at 0%. However, Coros users face this dilemma so rarely that it's become a marvel to document the battery life's long decrescendo.

For example, pro runner Hiruni Wijayaratne (@hiruni_w) has posted multiple Instagram stories showing how she has gone on a weeklong vacation without a charger, run multiple workouts with her Coros watch, and still had juice left to spare on her device. While testing Coros devices and the integration with Trackster, Coros' batteries outlasted the next best device by over 300%. Our Coros testing watch outlasted the Apple Watch by almost 900%!

Here's a Trackster post from a run earlier in January with my Coros data attached. 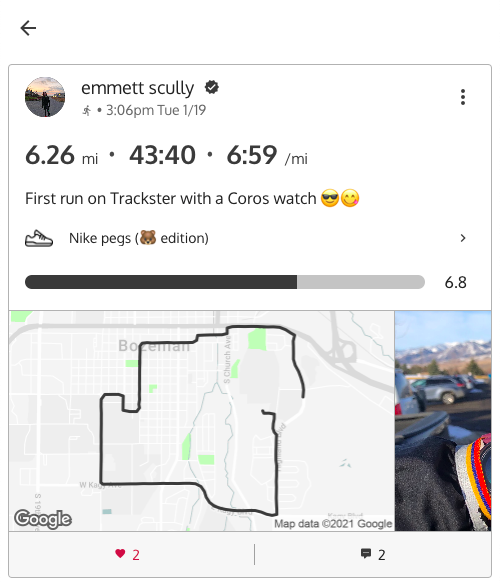 When my friends, coach, or I click on the training map, I'll be taken to a detail to check out all of the neat stats my Coros watch captured. Check out this screenshot for the same run: 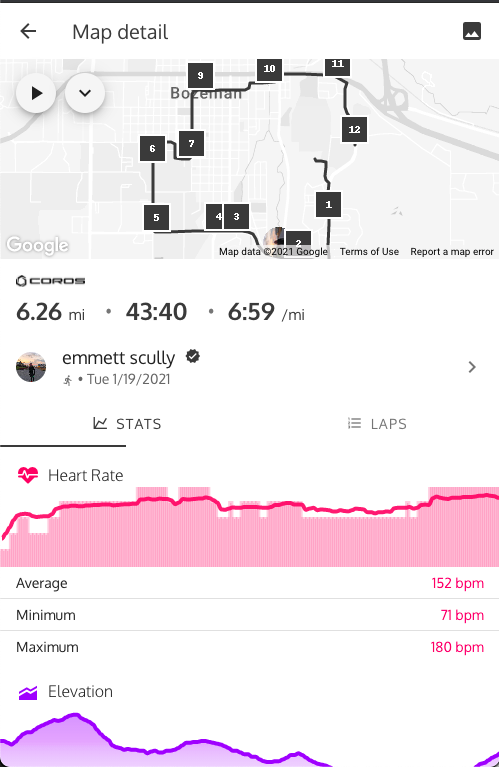 The data from my Coros goes immediately to my Trackster post so that I can easily analyze my run! Also, this post was automatically saved to Trackster from Coros. So I finished my run, hit save on my watch and by the time I grabbed a Gatorade and opened Trackster on my phone the training from Coros was already posted!

FYI: Trackster users can do the same thing with Garmin, Polar, and Suunto devices.

Here's the shopping link for the Coros PACE 1 which is what they sent to Trackster. The battery life on this thing is a marvel. Like Marshawn Lynch it never goes down!