8 Lessons After 12* Talking While Running Episodes

After 12 Episodes of Talking While Running being published to our YouTube, I thought it would be a good time to reflect via blog on some of the major take aways of the production process. I also want to say thanks to all of our guests and viewers - we hope to bring many more videos soon!

If you go to the Trackster YouTube channel right now, you may notice an error.

The latest TWR episode is numbered 12 but there are only 11 episodes on the channel.

This is because of the first lesson learned from doing Talking While Running. We ended up with an episode that we couldn't use because ...

1 Don't film in the rain

Tried to send it on a fall day in Boulder. Didn't work out. Shout out Hiruni for giving it a go 🙏 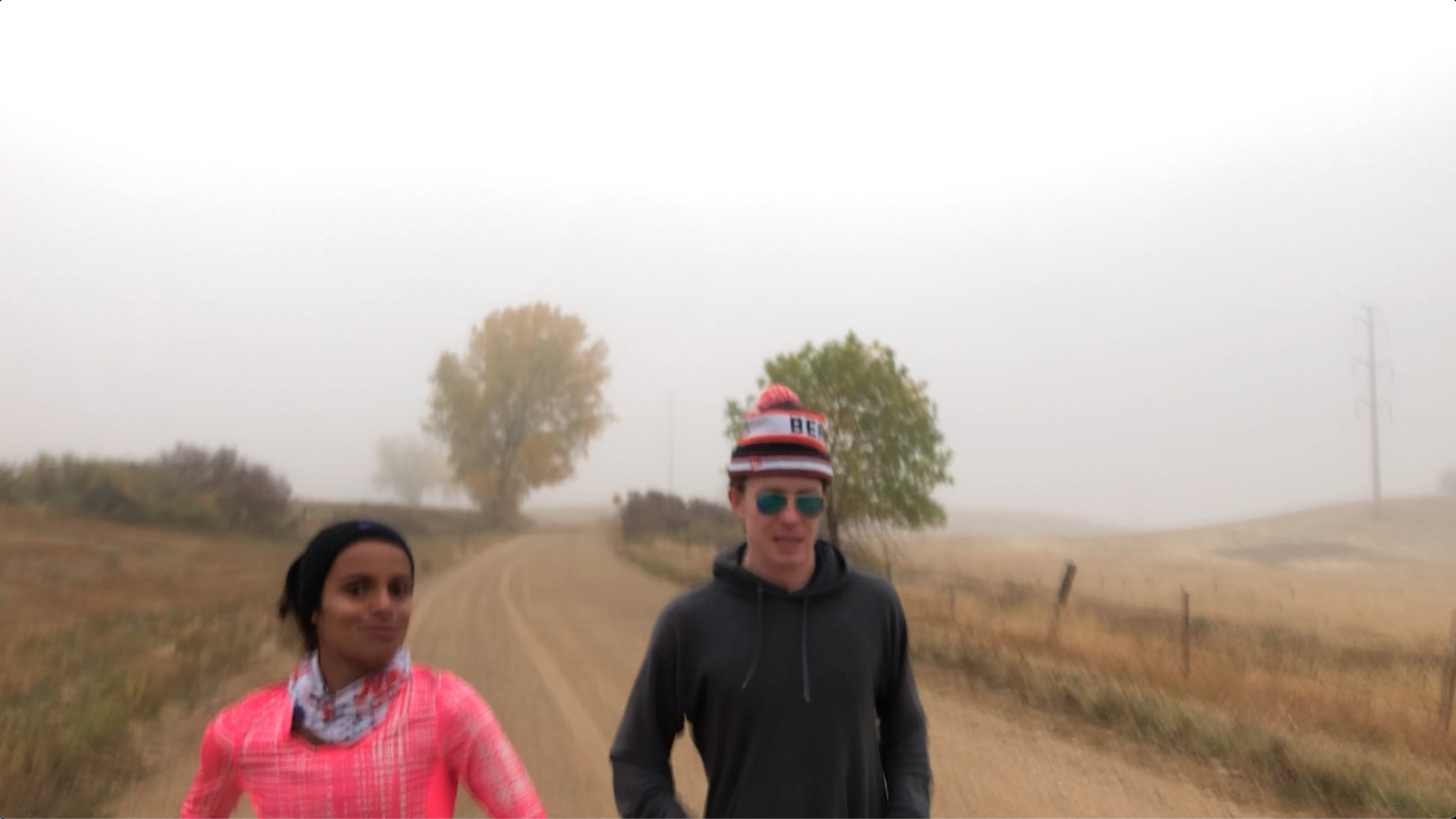 Many methods have been tried to film while filming these episodes but none more successful than straight up classic duct tape. TWR has been shot out of the back of a mini van, on the rack of a bike, mounted in the bed of a pick-up and finally taped via duct to the top of a Toyota Rav4.

This lesson has been more recently learned. Up until the last few episodes, the audio has come from a secondary iPhone set up for audio or, if there was no other option, the same iPhone that's filming the main shot.

The main iPhone's mic is surprisingly solid at picking up the conversation. However, the stabilizer we use to mount the iPhone on the car has a motor inside of it - this motor's activity leads to a pretty shitty final audio.

We've switched to a mic set up for the most recent handful of episodes and the quality difference is pretty great.

4 Get More People To Do It

The percentage of people and pro runners that agree to do the show is honestly shocking. I'm super thankful to all of the people who have done TWR episodes so far and I've had a lot of fun. I can't help but think about the plethora of opportunities for more episodes that could've, should've or would've been - if only I had asked the person to get on the show. We'll have to just keep going!

An important component about making TWR episodes is that we don't want to disrupt the pro runner's regularly scheduled training plan. This means that most of the episodes are with a professional athletes that's just focused on recovering and chilling at an easier, relaxed pace.

The reality, though, is that these pro runners just chilling on a run equates to a pace that's hotter than lukewarm. Add in the additional challenge of breathing at altitude and the simple mistake of being in bad fitness can be lethal!

Ep. #9 w/ Rory Linkletter where I'm too out of breathe to think of the next question 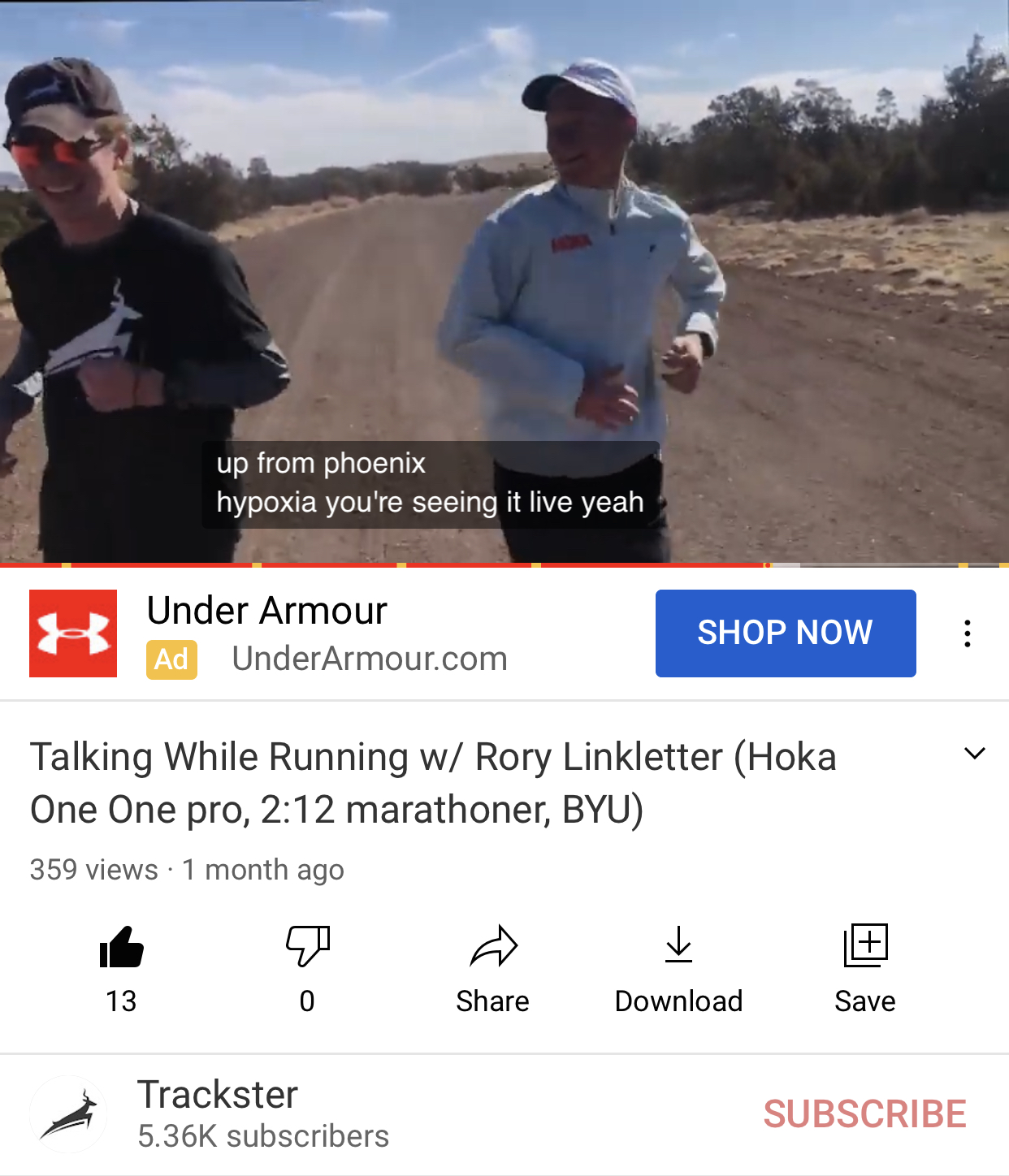 If you think about the concept behind Talking While Running for a moment, people will often imagine two ways of filming - with a camera strapped to either the back of a car or a bike.

After filming multiple episodes with each method, the truth is the jury is still out on this one. The easiest option for sure is the car. If the athlete can get to a quiet road or dirt path that has cars allowed on it, then it's a great option. It provides the most stability and reliability. The person filming usually has a more difficult tame gauging the pace in a car and the interview can feel a bit disconnected as a result.

Filming with a bike is more difficult inherently because the bike has a much smaller frame to mount a camera on and actually have it be stable. The bike is great because it can lead to doing interviews on more remote trails/paths and can lead to a more close-up feel for the camera & audio.

Here is the bike & camera set up for Ep. #4 with Dawn Grunnagle: 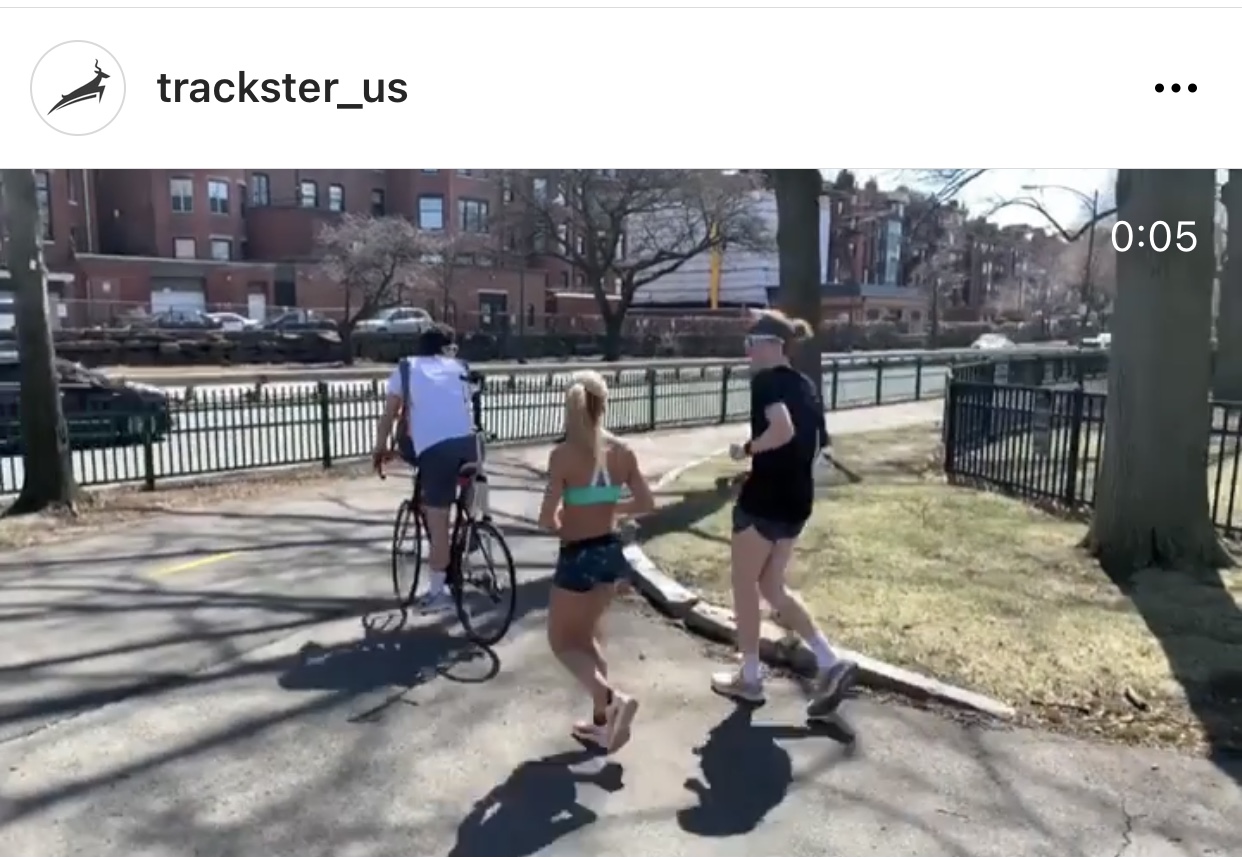 Part of the inspiration for doing TWR in the first place is the YouTube phenomenon Hot Ones - https://www.youtube.com/watch?v=lMbseuQR2G8

Part of the reason Hot Ones is so great is because host Sean Evans (U of Illinois alumn) consistently brings out great questions and nuggets - https://www.youtube.com/watch?v=nnhnYABROAg&ab_channel=JasperLiang

Our budget and bandwidth for these videos is not the same as Hot Ones but there's no reason we can't provide the same level of depth in questions that we present to our guests. It's been a learning process throughout on this one but no doubt it's always going to be important.

8 Longer Is Usually Not Better

If a person were to look over our YouTube channel they may also notice that the length of TWR videos varies over the first 12 episodes greatly.

We've played with various lengths for the interviews and runs and have found that keeping the production to a shorter timeline actually usually leads to more lively & focused content.